How to choose the right battery for a car. 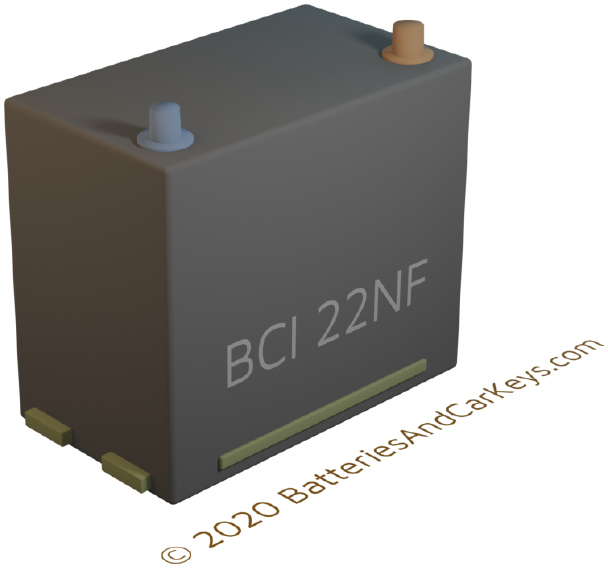 A simple number, called the group size, describes all of the physical characteristics.  Car batteries conform to specifications set by a trade association known as the Battery Council International (BCI) and each battery has a group number which determines its physical dimensions.  For example, the Group 24 battery has a length of 10 1/4" width of 6 13/16" and height of 8 7/8".  The group number also encodes:

The main electrical properties of car batteries include voltage measured in volts and capacity measured in amps.  Because modern car batteries have long since adopted a 12 volt standard, we focus on capacity requirements.  In climates with consistent and moderate temperatures, we need only consider cranking amps denoted: CA.  Cranking amps refer to the amount of current a battery can deliver all at once in order to start an engine.  In colder climates we focus on cold cranking amps because low temperatures significantly reduce battery effectiveness.  Cold cranking amps measure the number of cranking amps a battery can deliver when surrounding temperatures reach 0 degrees Fahrenheit.

We also consider reserve capacity because car manufacturers continually increase the number of built in electrical systems such as on board computers, touch screen displays, sound systems, and USB ports.  Because the power needs of these electrics differs from those of the ignition system, we use a different way to measure the battery's capacity.  Instead of relying on the battery for a short burst of intense power, the electric peripherals steadily draw lower amounts of power over longer time periods.  In cars with a lot of built in electronics, we have to consider the deep cycle capabilities of potential replacement batteries.  We measure deep cycle battery capacity in terms of reserve capacity minutes or in amp hours.